Helloooo everyone! If you’ve been following my adventures on Instagram lately through #chiaraexploresbc, you know I’ve been exploring Northern BC for quite a few weeks now. I’m finally ready to share with you some of the details of this incredible journey!

I started my Northern BC journey flying into Prince Rupert. For most of the places I visited in Northern BC, it was my first time being there. So I definitely wasn’t prepared for the fact that you have to take a ferry (and not the nice ones that they have from Vancouver to Vancouver Island… the very small ones that only fit a few cars) after you arrive in the airport to get to the main centre of Prince Rupert (which is also an island). Definitely an interesting start to the journey hahah. Everyone in Prince Rupert was so friendly, I made friends with almost everyone in the car rental agency instantly because everyone was asking each other questions about what they were in the area for, where they are from, and so forth. It was such a pleasant start to the trip.

Prince Rupert is really cute. Super small, but I had a ton of fun exploring. It was pretty cold and raining for most of the time I was there, but being right on the ocean and seeing the mountains in the background was pretty spectacular. They also have a bunch of super neat stores in the area to check out as well, and I got an amazing scarf from a local store to add to my collection! #supportlocal

Pretty soon I was heading off to Terrace. Many people told me the drive from Prince Rupert to Terrace is spectacular, and they were totally right. It did not disappoint. Even in the cold and rain, it was incredible to be driving along the ocean and through the mountains. I felt like I was on the set of Twilight. It was amazing and I’m glad I had the chance to stop and take photos along the way. 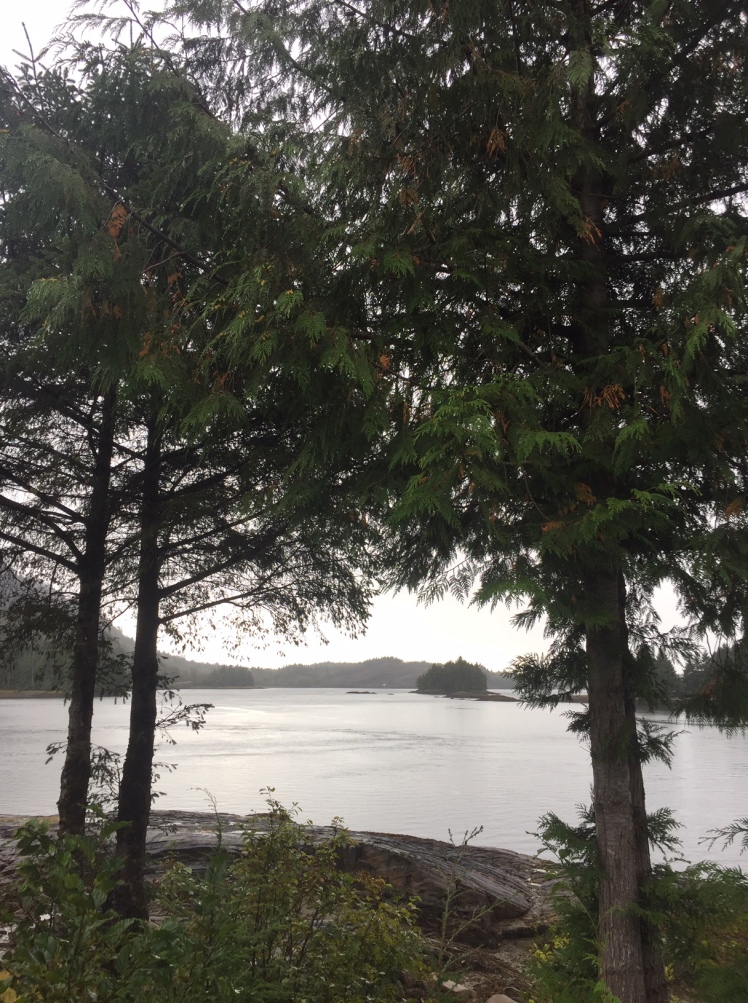 I did not find Terrace as exciting as Prince Rupert, but I did get the chance to check out some local stores with colleagues, and pick up an amazing candle made from a local company in nearby Kitimat. #supportlocal! I also adventured over to Ferry Island to walk around the trails and check out the famed old Terrace Bridge. I enjoyed it about as much as you can enjoy walking around in the rain by yourself when there is a bear warning in the area #northernbcthings.

Then we took a quick detour to Kitimat, which I unfortunately did not have a ton of time to explore, before heading off to Smithers. The drive looping through New Hazelton was also spectacular, and it gave the route between Prince Rupert and Terrace a run for its money. Smithers was absolutely incredible because it is located right next to the mountains. The particular school we visited had the snow-capped mountains as a back drop right outside their windows, which was insane. It was truly an incredible site to see. Smithers also had some incredible breweries and restaurants that we checked out for a little bit before continuing east to Burns Lake.

This drive was also beautiful and the town of Burns Lake has a ton of cute stops as well, including a coffee shop where you can get cinnamon buns as a muffin! I forget the name of the place, but it was so cool. We explored Burns Lake for a bit before continuing east to Vanderhoof in Nechako Valley. I did not have a ton of time to explore Vanderhoof, but it looked like an interesting community. It was definitely a bit of a bigger city than some of the other places we had explored, which was interesting.

Then I headed to Prince George to stay with my family for the weekend before continuing the journey east. It was the perfect time of year to explore Prince George, because all of the fall colours are alive throughout the city. Spending time catching up with relatives whom I hadn’t seen in a few years was awesome, and I’m really glad I had that time to reconnect and explore the area.

It was a whirlwind of a first week in Northern BC. Driving this route along Highway 16, as beautiful as it was, was also incredibly difficult for me to drive. Highway 16 is known as the Highway of Tears because of the startling amount of Indigenous women and girls that have gone missing or been found murdered along the highway. When I was driving this route, there were red pieces of clothing along the highway which marked places where these women had either disappeared or bodies had been found. Seeing this, in combination with multiple signs warning women to not hitch-hike along the highway for fear of becoming a victim, was absolutely shocking. I found the stretch between Terrace and Smithers to be the worst, and though I did know of this atrocity previously, seeing it in person is something else entirely. I was so sick to my stomach and I truly cannot believe that signs need to be posted to tell Indigenous women to not be hitch-hiking, rather than signs telling men to not violate women’s bodies and end their lives.

It was honestly appalling and I cannot believe these atrocities towards Indigenous women continue in our country. I know steps have been taken through the form of inquires into Missing and Murdered Indigenous Women, but more must be done. This is an epidemic and a genocide that is a continuation of colonial violence and must be put to an end immediately. If anyone has ideas of how we can further end this violence, do let me know. This is something I have continued to keep in mind throughout my journey in Northern BC and something that I will continue to ponder for a long time, until this violence comes to an end. We have a long road ahead to bring justice to those impacted and ensure it does not continue. 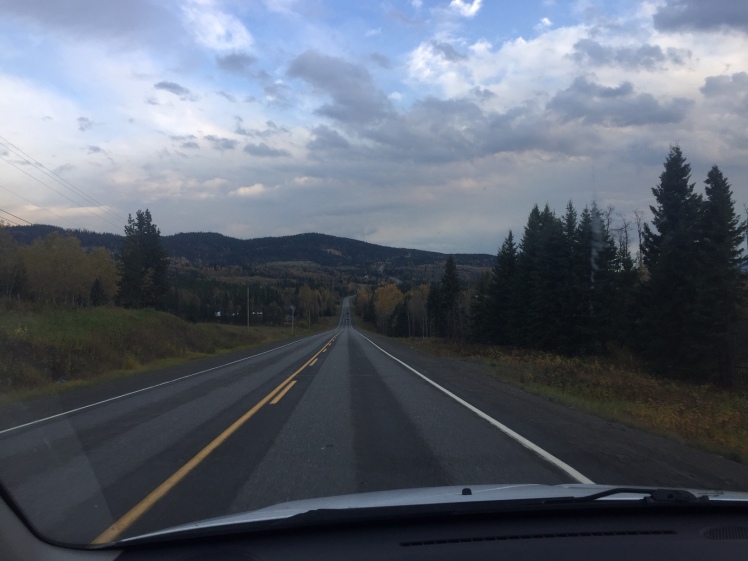