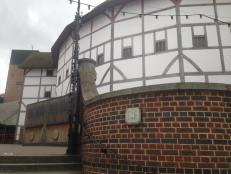 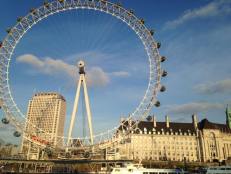 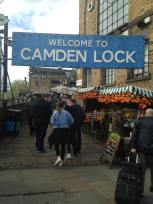 I landed in London extremely relieved to be back on UK soil. I had never been so happy to be in a primarily English speaking country, complete with bars that have the strangest names I’ve seen, and the many chain stores and restaurants that I recognized from Manchester. My first few days I was pretty tired, but I wanted to try getting some sightseeing in. The first thing I did was pick up my London Pass, which is an absolute MUST if you are sight-seeing in London! I got the 6-day pass because that’s how long I was in London, but I probably could have done with a 3-day pass. (they also have 1-day, 2-day and 10-day passes available.) The London Pass basically gives you free admission to sights that they are partnered with, plus special deals and discounts at other attractions and restaurants. They also sell travelcards (which I didn’t purchase from them but winded up getting once I got there) and a dining guide. The Dining guide offers discounts at many restaurants, however it wasn’t really worth it for me. I think it would be more beneficial for families or groups to use, because one dining guide can be used for up to 6 people to receive a discount at any of the restaurants they are partnered with. All in all, London Pass saved me lots of money and I would highly recommend it for anyone travelling to London. (I would also recommend buying online in advance and picking it up in London once you arrive, as that is the cheapest option.)

After receiving my London Pass, I set about sight-seeing. The first hostel I stayed in was YHA St. Paul’s, really close to the city centre and the Thames river (along which the majority of sights are located). My first stop was the Tate Modern art gallery, which is actually free admission. It was interesting to see, but definitely not the best art gallery I’ve been to (probably why it’s free). Next I went to the Shakespeare Globe Theatre, which was so cool!! They have an indoor exhibition describing what the globe was like during its time and what it is used for now/how they use it. Then a tour guide takes you inside the Globe (reconstructed after the previous one burnt down in the Great Fire, and the only building in London to have a thatch roof), which was so neat to see. Imagining how the stage is used as an essential part of play production (especially during Shakespeare’s time) is so interesting. I wish I would have been able to see a play in the Globe (I would look into this if you are travelling to London, as I’m told it’s a very interesting experience and I think tickets are relatively inexpensive).

The next place on my list was Tower Bridge and the Tower of London. I didn’t see the Tower of London because I was told I wouldn’t have enough time to see everything (and you are only allowed to visit each attraction included on the London Pass once), but I did see the Tower Bridge exhibit, which was really neat. Seeing such a famous landmark was inspiring, and the view from the top of the bridge was awesome. I also got to check out the engine rooms for the tower, located below, which were neat as well. Afterwards I decided to take a river cruise along the Thames to head towards Big Ben and the London Eye. (I definitely recommend a river cruise. The Thames is beautiful and the London Pass gets you a 24hr ticket you can use for any type of journey, which I used a couple times.) It was really lovely and I got to take some incredible photos of the Parliament Buildings, Big Ben, the London Eye and the surrounding area.

The following day I headed back towards the Parliament Building area to see Westminster Abbey. Another iconic figure, this church was very interesting inside, as it contained hundreds of monuments and graves of many famous figures and royalty. It was crazy for me to think that all of these hundreds of people were buried and commemorated within this one church. Afterwards, I made my way through nearby St. James Park to Buckingham Palace, where I was able to witness a procession of the guards. It was really neat and the palace grounds were packed with people. Nearby, I checked out the Queen’s art gallery (which wasn’t very exciting) and the Royal Mews (much more exciting), which contains many of the royal carriages used for various parades, plus the royal horse stables. It was neat to see. Following this, I headed back to the Thames to take another river cruise towards the Tower, where I explored the Tower of London. I spent two and a half hours there and didn’t even see everything, so I recommend allocating yourself quite a bit of time! The guided tour provided by the tourmen was very animated and intriguing. Then I explored the tower on my own, reading about its dark history and seeing the many armoury and weaponry still housed there, plus many royal jewels. It was definitely a neat experience.

Afterwards I walked along the Thames and watched the sunset from the Millennium Bridge, a footbridge over the Thames that connects Tate Modern to  St. Paul’s Cathedral, a lovely building that apparently has incredible views of the city from inside the dome (though I didn’t go inside because the attraction wasn’t included with my pass). The next day I headed to the more suburban area of Camden Town, where they have a massive market! The market goes on for many many streets and is filled with clothes, souvenirs, food vendors, and more. It was super interesting to see! After exploring for a bit, I headed to the nearby London Zoo, which I had been debating about going to (particularly because I’m not really a fan of zoos), but I’m glad I went. They have pretty much every animal you can think of there, and I definitely spent a good few hours exploring. Later, I headed back to the city centre to explore the Oxford Circus area, Piccadilly Circus area, Leicester Square and Trafalgar Square, all of which are mainly metropolitan areas that house expensive shopping stores. Trafalgar Square does house the National Gallery (which is free admission), showcasing mainly Christian artworks. It was cool to check out, but again, not my favourite art gallery.

The next few days I spent in a different hostel, YHA Earl’s Court, which is in the Kensington borough. This area is far away from the city centre, but still has a few attractions, so it was nice for me to relax away from the hustle and bustle of the heart of the city. (Though if you are only coming to London for a few days, I would definitely suggest staying in the city centre, as it is a lot closer to the main sights.) My hostel was close enough to Hyde Park that I could walk there, which was lovely to see. I explored the nearby Apsley House and the Wellington Arch, the arch which was erected to commemorate the Duke of Wellington for defeating Napoleon at the Battle of Waterloo, and the house where the Duke lived and kept many of his works. They were mildly interesting but definitely not my favourite sights to see. Afterwards I headed back towards the city centre to check out the British Museum (which is free), which is a lot less about Britain and a lot more about all the other parts of the world. Basically the museum contains artifacts from every area of the world, though I’m not sure if these artifacts were truly gifted or just taken throughout Britain’s colonial expeditions. In all honesty, it wasn’t an intriguing museum. However, the following day I explored the Natural History Museum (also free), which was SO AWESOME!! This museum is a definite must-see. It’s filled with artifacts of various life forms, particularly fossils (their dinosaur exhibition was one of my favourite parts), plus provides learning areas about the earth, the human body, and more. I spent 4 hours in this museum and saw almost everything, so it is definitely worthwhile to spend some time here! On my last day, I was also able to travel back to Heaton Park and explore the Kensington Palace, which has some really cool exhibits about the royalty that lived there (plus other royal figures during the time and some facts about the current Queen).

Some of my observations made throughout my time in London include the fact that London has A LOT of people. When I first arrived, I almost wished I had decided to complete my exchange in London; however, that quickly changed when I realized how much more expensive London is, how many people there are, and how many people are in a hurry and consequently less friendly. (a good example of this is the tube/underground-people literally run up and down the massive escalators because they are in such a hurry, so use caution if you are using this transportation network.) Though the centre of London is crazy busy all the time (which also may have been amplified by the fact that all of the kids were on spring break when I travelled here), there are many different areas of London to explore. Some areas are cozy and packed with bars and restaurants, some areas are business centres, some areas feature markets and food vendors, some areas house royalty, some areas are quiet suburbs and there are also many, many parks to explore. London is truly a diverse city that offers something for everyone!

In conclusion, I did enjoy my time in London, but I would definitely never live there. I would recommend spending 3-4 days to get all of your sight-seeing in; the 6 days I spent there was definitely more than enough time. My favourite sights include the Tower Bridge and Tower of London, Parliament/Big Ben and the London Eye, Shakespeare Globe Theatre, the Royal Mews, the Zoo, the Natural History Museum, and of course, spending time near the Thames river and in London’s lovely parks. For those of you travelling to London in the future, I hope you enjoy it as much as I did… and don’t forget to bring an umbrella!