Hello everyone! If you’ve been following my adventures at #chiaraexploresbc on Instagram, you know that I’ve been continuing to explore all around the province. Though I’m currently adventuring along Vancouver Island, right now I’ll discuss the past few weeks exploring more of Northern BC!

After my first week, I stayed the weekend in Prince George catching up with relatives, and continued the journey east the following week to Mackenzie, a cute community that also featured an amazing drive. Mackenzie doesn’t have a ton to offer, other than a quaint pub that reminded me exactly of my nonno’s house with deer heads hanging on the wall. #country. After that brief visit, we continued the journey to Fort St. John. It was another long drive, but super scenic, looping through the mountains with spectacular views, especially the Peace Foothills. I went from driving through the mountains to driving on relatively flat plains. Fort St. John was very interesting to explore, I had been here once before but it was many years ago, so it was interesting to see how it had changed.

The following day, we continued the drive into Alberta to Grande Prairie. I have never visited this part of Alberta before, so it was really interesting to check it out on the drive and explore the city a bit. I unfortunately did not have a ton of time to explore, because we had to leave early the next day, but I did catch an incredible sunset the night before. I’ve heard that Alberta sunsets are amazing, and this one didn’t disappoint. Then we were heading west again to Dawson Creek and Chetwynd. More views of flat plains and then heading into mountains throughout the drive. We did not have much time to check out these cities either as we were kind of just passing through, but it was nice to at least see bits and pieces of them. 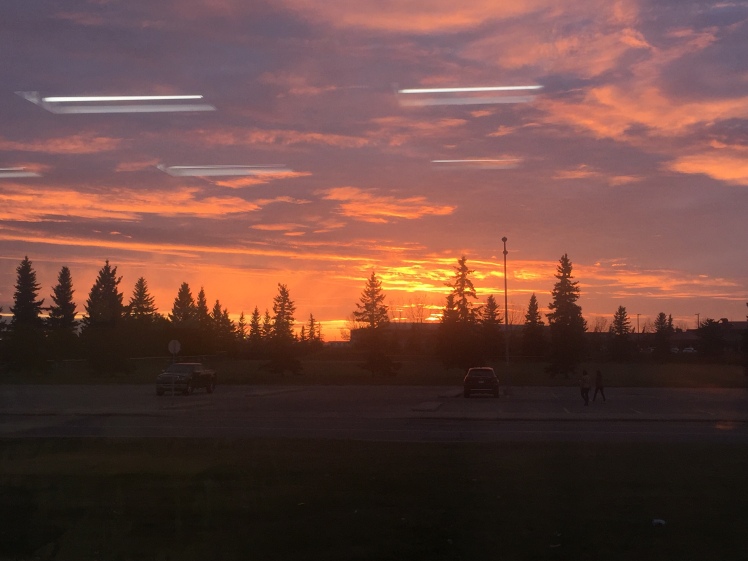 Finally we drove all the way back to Prince George, to end the week where we started it. In between working, we had the chance to explore a couple restaurants and breweries in the area, which were surprisingly awesome. I had some amazing pizza at one of the places we visited, which was definitely a highlight. We celebrated one of our colleagues birthday’s, and I got the chance to check out the College of New Caledonia and the University of Northern British Columbia while I was there. It was great to visit these institutions and explore them a bit. UNBC in particular has a spectacular campus up the hill from Prince George with a great view of the city. I really enjoyed checking them out and spending so much time with my colleagues. It was a great end to the week! 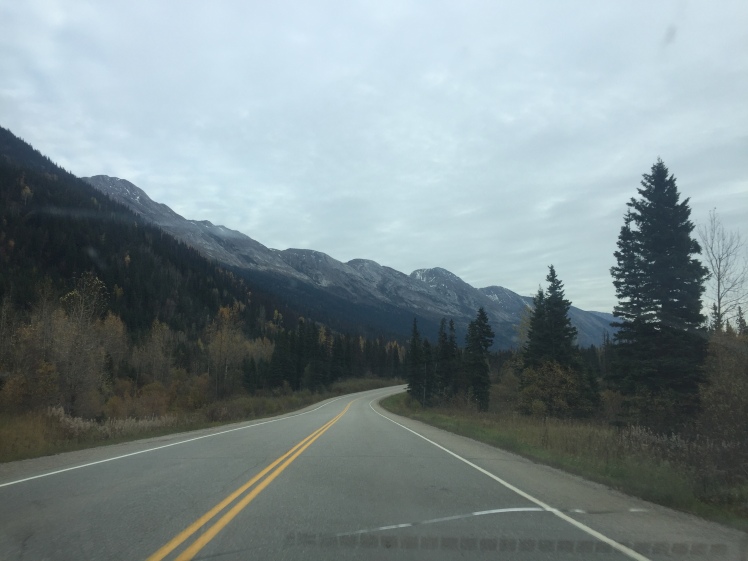 I headed back home to Vancouver briefly. I’ve enjoyed my time exploring Northern BC so much, and was glad to head up that way again for a third week. I travelled back to Prince George on Thanksgiving Monday, and was glad to have the chance to reconnect with my relatives and spend some time with them before heading into another busy week. It was definitely much need and cherished. 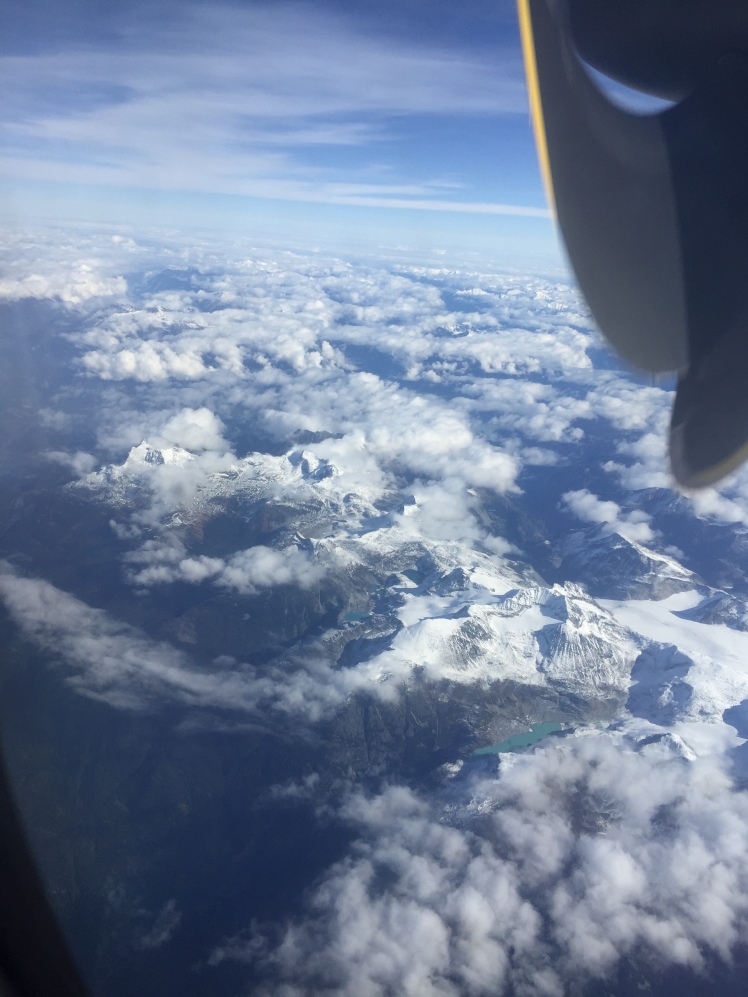 The following day we had a big drive out to McBride, which sits right within the Robson Valley and has absolutely incredible views of Mount Robson and the Rockies. I would have loved to spend even more time in this area and venture out to the Rockies a bit more, but I guess that will have to wait for another trip 😉

Afterwards, we headed back to Prince George to spend a few more days in the city. I feel like I know Prince George pretty well now after spending so much time there! We definitely lucked out with the weather as well. I was worried there was going to be snow, but thankfully there was not, and it was actually quite warm at times. I had the chance to spend more time with my relatives as well before we continued our journey south, which was really nice. I treasure the time connecting with those who I unfortunately don’t get to see often enough! Hopefully, I will be back to visit Prince George again soon.

Then we continued south to Quesnel. Within 10 minutes of arriving in Quesnel, I saw deer walking along the sidewalk, checked in to a very sketchy looking hotel, and got locked out of my room almost instantly – so I think that explains almost everything you need to know about my time there hahah. In reality though, we did not spend much time in Quesnel because we had to continue our journey south. Williams Lake was the next destination for us, and it was actually much larger than I had anticipated. The drive was pleasant and you definitely feel like you are in the country. Driving through the woods, farm lands, and lots of open roads really gave off that vibe. It was a treat to drive here in the fall because all of the leaves are changing colours, and it is so pretty! Driving along the lake wasn’t too shabby either. 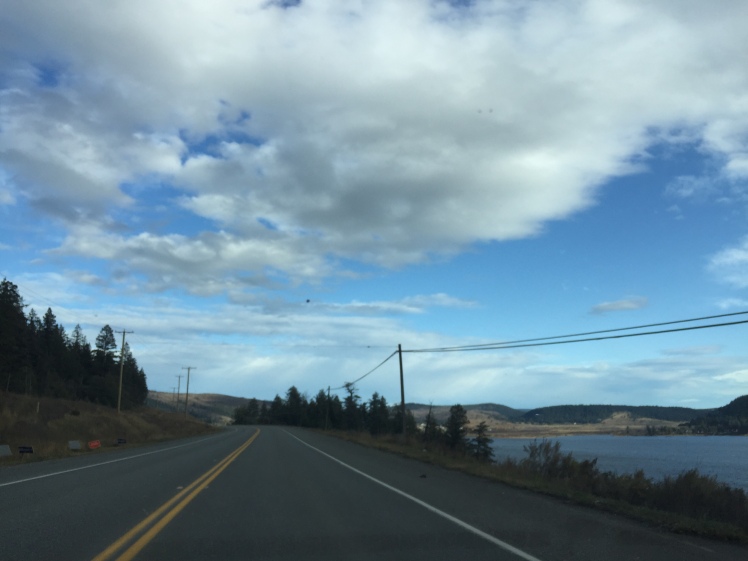 Pretty soon, we left Williams Lake and headed onwards to 100 Mile House. Many of these small towns I have passed through before driving, but haven’t really spent much time in, and I remember all of them being quite small. But that wasn’t really the case, and 100 Mile House in particular was much bigger than I remembered. My colleagues and I pretty much all stayed in the same hotel and went for dinner at a restaurant right across from it called El Caballo. I would HIGHLY recommend checking them out if you find yourself in 100 Mile House. They serve an interesting combination of German and Mexican food, all of which is delicious, and their beer and margaritas are to die for (I may have had one too many margaritas… 😉 ). And our servers were spectacular. We had a lot of fun and that day was definitely one of the highlights of the week!

I enjoyed exploring these areas of the Central Interior much more than I imagined I would have, which was awesome. To finish off the week, I drove back up to Williams Lake and flew out of their airport on the tiniest plane I have ever seen from Pacific Coastal Airlines. I am not a huge fan of small planes and would really not recommend flying on one if you’re like me…. I will not be doing that again hahah. But I made it back to Vancouver in one piece just the same. That final week concluded my Northern BC adventures and I am so glad I had the chance to explore this area of BC in more detail! I am looking forward to returning in the future. 🙂 For now, continue to follow my adventures at #chiaraexploresbc ❤

One thought on “Northern BC Adventures: Part Two”